Itsuka Extras Is Out! 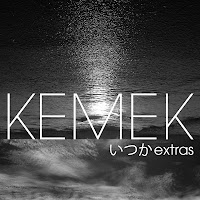 Well, it's been a few months since Itsuka came out but have I been resting on my laurels, so to speak? No, I've been busy preparing the release of Itsuka Extras, the companion album to Itsuka.

See, I worked on the Itsuka album over the course of 7 or 8 years and there were a lot of songs that didn't make the final cut. I liked these songs just as much as the ones on the album but they didn't fit the mood as well. Instead of letting them languish on my hard drive I figured I'd join the 21st century and put them out on the Internet myself.

This is the first release since the cassette trading days of high school (Factsheet 5 wut?)  that I've handled entirely myself, and I have to say it's been a lot of fun. From the mastering to the promotion to the distribution, I've done it all myself. (Well, not entirely—the incredible artwork was done by one Marya Villarin.)

The album is available here:

It's a pay-what-you-want deal so feel free to go crazy and make me rich. Or download it for free. I'm just happy if people like it. ^^
at 5:49 PM 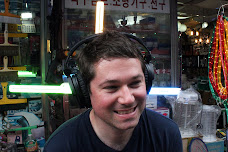